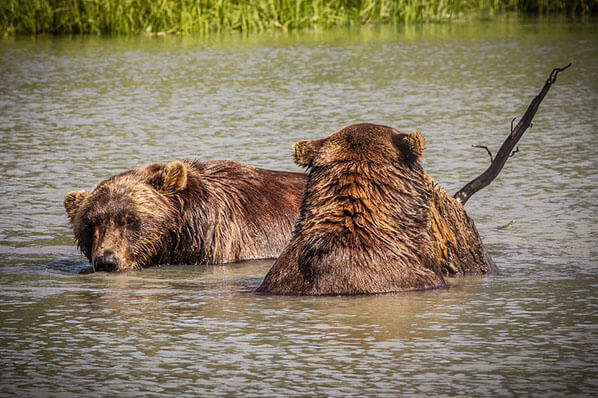 What do you consider to be the ultimate Alaskan experience? Most visitors to Alaska dream of seeing wild animals like whales and bears in an unspoiled natural habitat. At Alaska Ocean Pros, we can make your Alaskan dreams come true on a single Chinitna Bay bear viewing tour.

Your tour starts on the famous Spit in Homer, Alaska. You will travel by private charter across Cook Inlet, which is famous for spotting humpback whales, otters, sea lions, orcas and many other varieties of wildlife. Your destination is Chinitna Bay in Lake Clark National Park. Chinitna Bay bear viewing is some of the best in the entire state because massive coastal brown bears inhabit this pristine wilderness.

What are you waiting for? Book your Chinitna Bay bear tour with Alaska Ocean Pros today and make your vacation the best it can possibly be. Because salmon are so abundant in Lake Clark National Park, brown bears are routinely spotted feeding in various inland streams. This primeval ritual starts when salmon return to their home stream to spawn. As they fill the rivers and streams, bears take advantage of their rich fats and oils to bulk up for hibernation.

Around Chinitna Bay, bears forage on clams and vegetation. Experiencing their feeding antics is arguably the greatest highlight of any Alaskan Vacation and makes Lake Clark National Park one of America’s greatest treasures.

One of the reasons this wilderness remains unspoiled is because it can only be reached by plane or boat. The advantage of booking a boat-based Chinitna Bay bear viewing tours is that you also have the opportunity to see all sorts of incredible sea life in Cook Inlet.

Once you arrive at the park, you may also spot moose, wolves, caribou, Dall sheep, black bear, lynx, and a variety of birds. However, the star of the show is the brown bears. Lake Clark National Park offers an authentic Alaskan experience to anyone visiting Homer for the day or longer. Anyone who has taken the tour will tell you that it’s one of Alaska’s DO NOT MISS experiences. 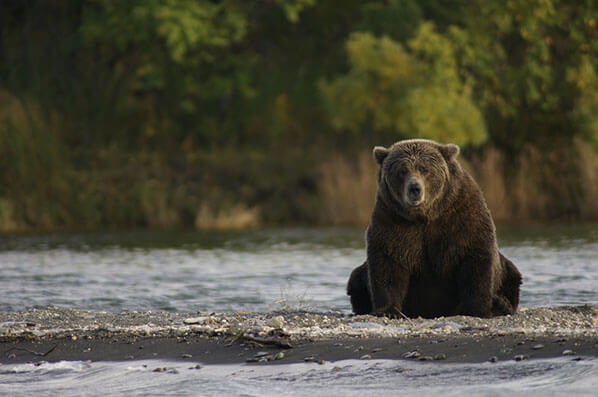 Chinitna Bay is famous for its incredible bear viewing but there is far more to see in this slice of paradise than many visitors realize. Hikers, campers, backpackers and wildlife enthusiasts all come to Chinitna Bay to enjoy wilderness experiences found in few other places.

Fishing and clam digging are also popular in the bay, but the most productive fishing stream requires serious effort to reach because of their isolated nature. Clamming in Chinitna Bay is often excellent and low tide is the time to target these tasty morsels.

Obviously, anyone venturing into the wilderness accessed via Chinitna Bay must be experienced traversing through bear country. Coastal brown bears can be aggressive so all necessary precautions must be taken. Guided trips into the region are the safest bet for visitors who want to see the bears but lack wilderness survival skills.

If you’re also a bird enthusiast, Chinitna Bay offers a dizzying variety of species to encounter. Raptors, songbirds, seabirds, and ducks and all commonly spotted on our Chinitna Bay bear tours so it’s a good idea to bring along a pair of binoculars.

Chinitna Bay bear tours are special because brown bears gather in Lake Clark National Park and Preserve in large quantities. It is not uncommon for visitors to see 20 bears from a single location.

Viewing platforms make it easy to spot the massive bruins, birds, and any other variety of wildlife that happens by. Visitors to Lake Clark National Park are strongly encouraged to use these viewing platforms. Not only are the platforms located in the best viewing locations but they also ensure that bears don’t become overly acclimated to human presence. By following these rules, human behavior is predictable to bears and they are far less likely to become spooked or aggressive. 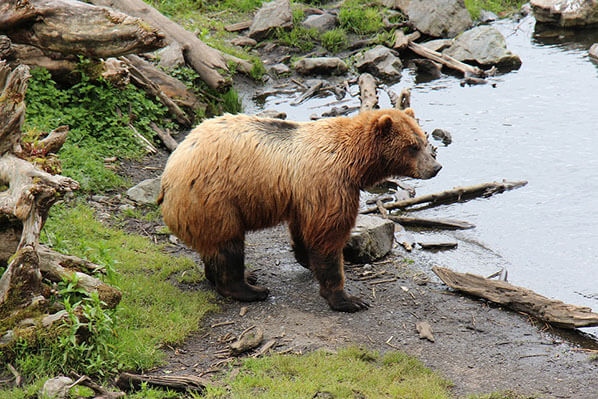 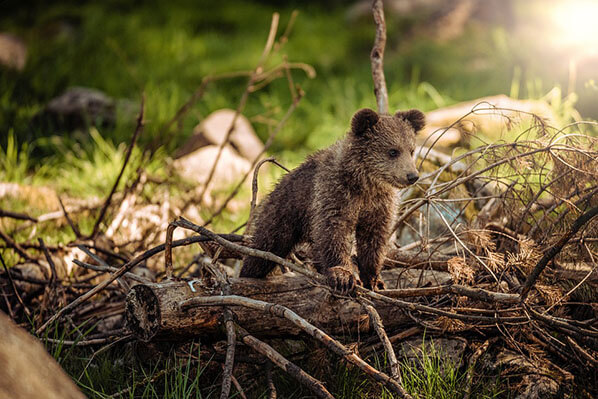 Safety is always one of our top concerns, and we go out of our way to ensure you have a memorable and danger-free bear viewing experience. Please stay on the trails when accessing Chinitna Bay bear viewing sites and make your presence known. The last thing you want to do it surprise a bear.

Always allow a bear its personal space. You should never attempt to approach, crowd or disturb a bear whether it’s eating, resting or walking. Your guide will help you navigate the trails to the viewing platforms and ensure that you understand all safety protocols. It should go without saying but never feed a bear. As you may have heard, a fed bear is a dead bear.

It’s important to stay with your group at all times while listening intently to any instructions from your guide. Never stop on the trail to take a photo because it could cause your group to become separated.

Did you know that 95% of brown bears found in the U.S. live in Alaska? In fact, there is a bear for every 30 people living in the State of Alaska (including black bears). There are multiple places in the state where bear viewing reaches world-class status and Lake Clark rates at the top of this list. 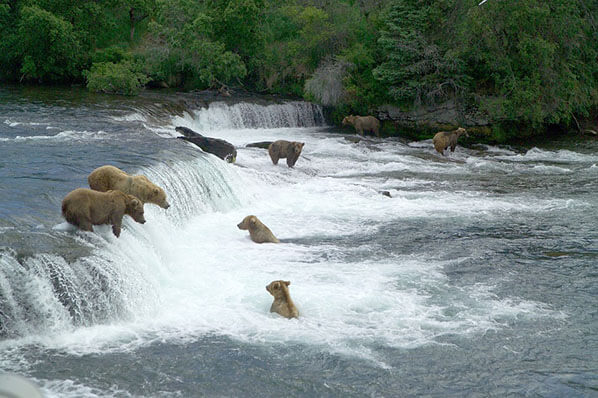 Brown bears can be found along the coast or inland. Coastal brown bears grow larger, on average, but inland bears can grow to surprisingly large sizes. Some people are confused about the difference between brown and grizzly bears but the only difference is their geographic location. Brown bears live and feed around coastal habitats while grizzlies have no access to marine-based food sources. However, they are both considered brown bears of the subspecies Ursus arctos horribillis. 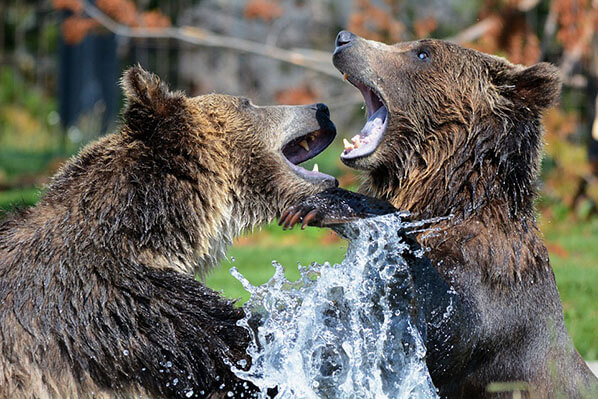 Brown bear’s behavior and diet are dependent on their habitat. Along the Cook Inlet Coast, estuaries are formed wherever a river meets the ocean. Bears seek out these habitats because they are rich with a variety of foods that they cannot resist. Edible plants and sedges high in protein are found in these salt marshes. The tidal flats are full of tasty clams. Salmon run up the rivers and occasionally a whale or some other marine-based carcass floats onto the shore.

There is little wonder why bears spend a lot of time on the salt marshes of Chinitna Bay. And this is why Chinitna Bay bear viewing is so spectacular. Bears can find food in these areas from spring until fall when they return to their dens.

Recently, Lake Clark National Park biologists counted 219 brown bears with a 54 square mile area along the coast. There are very few places on the planet where brown bears are as abundant. Plentiful food makes them more tolerant of each other and observers, which is yet another reason for the fantastic bear viewing.

The protein and energy-rich foods found in Chinitna Bay make it possible for bears to grow to sizes of more than half a ton. That’s a big bear. Another reason Chinitna Bay bear tours are so special is because the bears live and thrive in pristine wilderness. The bears live along the coast where there are no human inhabitants, which is virtually nonexistent in the rest of the world. We urge you to take advantage of this unique opportunity.

Part of the thrill of visiting Chinitna Bayis getting there. You will travel through Kachemak Bay and Cook Inlet, a place rich with diverse wildlife and framed by spectacular scenery. What follows is a brief introduction to some of the animals you may see along the way.

Humpback whales - These are the famed Leviathans of the sea. Seeing a humpback whale for the first time is a mystical experience and one that never gets old. We routinely see humpbacks cruising through Cook Inlet on the way to Chinitna Bay. You may even see a humpback whale breach, which is when they jump fully out of the ocean. Our guests even witness pods of humpback whales bubble feeding on occasion, which is an experience you will never forget. 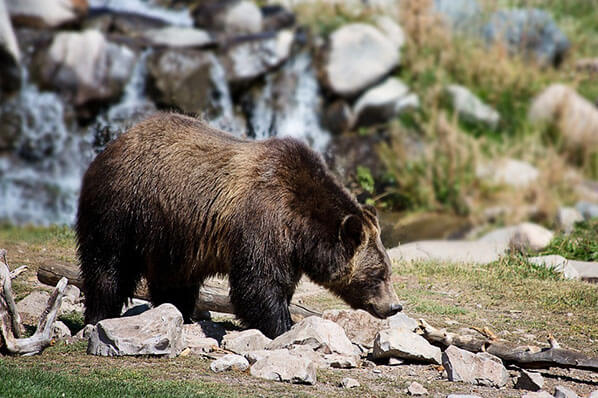 Orcas - Also known as killer whales, seeing an orca is another great thrill of life in Alaska. While not as common as humpback whales, orcas are sometimes seen traveling alone or in a pod. On occasion, very large mega-pods are spotted although this is quite rare.

Sea Lions - Fisherman may not like them much but visitors love seeing these large gentle pinnipeds. Sea lions are often spotted while cruising to Chinitna Bay or feeding on large schools of salmon as they congregate in saltwater getting ready to spawn.

Dolphin and porpoise - There are a few different species of porpoise and dolphins that cruise the waters of Cook Inlet. Dall’s porpoise are the most common and large schools ripping through the water at high speed are sometimes spotted by guests. You may also see a harbor porpoise, which is a small but very curious cetacean known for making high pitched chirping noises while it investigates the boat. Pacific white-sided dolphins are less common but large schools are sometimes spotted.

Harbor seal - Another common pinniped, these animals are spotted around estuaries and harbors and are sometimes hauled out on the rocks.

Sea otters - Large groups of sea otters are called rafts because they hold hands so the tide doesn’t separate them as they sleep. Sea otters spend almost their entire life in water where they are most often seen floating on their backs. This is very different from river otters that spend much of their time on land and almost never float on their back.

Bald eagles - Bald eagles are commonly spotted on our Chinitna Bay bear viewing tours. You can see them flying in the air, perched in a tree, or occasionally diving to grab a fish from the surface of the water.

Water birds - Cook Inlet is a bird watchers paradise. There are countless water birds that you may encounter, some of which are found in few other places. For a complete listing of birds you may encounter in Kachemak Bay, check out this informative list. Lake Clark is a relatively new national park, established in 1980. The park is vital to the overall health of the Bristol Bay salmon fishery, which is one of the largest salmon runs in the world. The park boasts incredible rainforests, two volcanoes, glaciers, glacial lakes, and some major salmon-bearing rivers.

Mount Redoubt is an active volcano and it last erupted in 2009. The Kvichak River is the most productive sockeye salmon watershed in the world and it attracts large numbers of brown bears who also enjoy the unspoiled habitat.

Lake Clark National Park and Preserve protects more than 4 million acres of wilderness, about 2.6 million of which are located in the park. Your visit to this remote park will be the experience of a lifetime and we can’t wait to take you there.

Are you ready to experience the ultimate Alaskan wildlife adventure? Contact Alaska Ocean Pros today and book your Chinitna Bay Bear Viewing tour with experienced locals who love what they do. Come see some of the biggest brown bears on the planet on a tour where surprises can happen at any time.